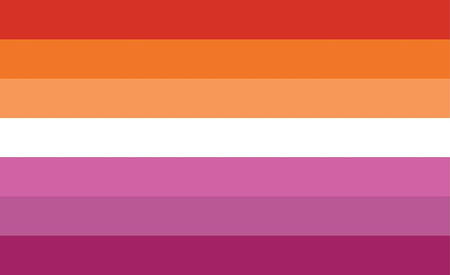 an explanation on why non-lesbians (including other wlw) cannot reclaim and should not be using the term, ‘dyke.’

the exact origins of ‘dyke,’ aren’t crystal clear; however, here are a few widely accepted theories.

‘dyke,’ may have originated from the term, ‘hermaphrodite,’ which used to be a common term used to describe people born with ambiguous sex characteristics. as the word became more widespread, ‘morphodite,’ and ‘morphodike,’ were also coined. it is believed that ‘dyke,’ came from ‘morphodike,’ and was used to enforce the stereotype that all lesbians look and act like men.

the first noted usage of the word dyke was in an august 1921 article, "the 'fairy' and the lady lover,” published in the journal, “medical review of reviews.” in the article, prison physician, perry m. lichtenstein, documents observations of a female prisoner that had self-reportedly engaged in ‘bull-diking.’ this woman was known to have a relationship with another woman residing at the prison. this is cited in relation to the next paragraph.

another one of the term’s first uses was in berrey and van den bark's 1942 american thesaurus of slang, with dike being the more commonly used variation. during the mid-19th century to the early 20th century, dike was known as american slang for a well-dressed man, with "diked out" and "out on a dike," indicating a young man was in his best clothes and ready for a night on the town.

the term ‘bulldyker,’ preceded dyke in in harlem renaissance novels printed in the 1920s. according to the context given by the novel, the term was seen as crude and disapproving. it is thought that this might correlate to the late-19th-century slang use of ‘dike’ for ‘vulva.’ the term, ‘bull,’ being added and used in an aggressive/masculine context may have linked the term, ‘bulldyke’ to previously mentioned term, ‘hermaphrodite.’

lastly, there may have been a conntection to middle english’s, ’bulldicker,’ specifically meaning “false penis,” which denotes false male genitalia, or “false man.”

all of these examples can be attributed to the lack of attraction to men (and presence of attraction to women), which was often associated with being stereotypically masculine, and therefore shamed.

how is it used? ⚢

‘dyke’ is a slang term used to describe lesbians and things associated exclusively with lesbianism. it is often used as homophobic and misogynistic slur especially to describe that of a masculine, butch, tomboyish, or androgynous girl or woman.

in the 1950s, it was often used by straight people as a derogatory term. the term was used to identify, “crude, rough-bar lesbians.” lesbians who were seen as able to move up by social class often used this term as well. by the 1970s, ‘dyke,’ was officially reclaimed by the lesbian community.

to concise this point, dyke means a lack of attraction to men. it was used to oppress women who seemed more masculine than the “typical“ woman. lesbians were oppressed using this term because they lacked attraction to men while living in a heteronormative society.

well, not exactly. while, yes, you are wlw, ‘dyke’ exclusively refers to lesbians and their lack of attraction to men.

but people call me a dyke too?
it’s usually done so out of the assumption that you are a lesbian.

but lesbian used to include all wlw?

we now recognize this as the definition of the term sapphic. terms to explicitly describe bisexuality did not exist during this time. this goes back into the previous point.

why don’t we have a slur?

if you’re worried about having a slur to use, you should probably know that being able to reclaim a slur doesn’t make you any better, or cooler, or powerful. a slur is a derogatory term used to oppress a minority — why would you want that?

(it is not necessary to coin a slur, plus there are slurs and derogatory terms that bisexuals can reclaim. just focus on being happy with your identity, and being you.)

what about dike or the other meanings of dyke?

as long as you’re using them in the appropriate context, then there isn’t a problem.

(appropriate context:
a long wall or embankment built to prevent flooding from the sea. watercourse or ditch. mass of mineral matter)

lastly, even if you disagree, please respect input you receive from lesbians and don’t say the word.

also, i saw somebody saying this didn’t have sources... one of the links was broken, but it’s been here the whole time :)